Om
Mahashivratri Festival of Hindus (Aryans) just has passed I want to say some true facts of Aryans of Lord Shiva before you. Lord Shiva is called the god because he is of true determination, of firm determination and he is the person of welfare of human beings always. 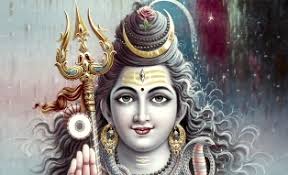 
This one hymn of the Vedas is found in Brahm Yagya Prakaran of Swami Dayanand Saraswati Jee. It means is as given below-


Actually according to Gurudev Brahmchari Krishna Dutta Ji Maharaj I think that creation of Shiv Ling in Hindu Temples is not a bad custom. A story as I have described you before too is in custom and we can explain it very well. Listen the story first after that I shall give it's true description-

When the world does not exist just in the form of modern times it is in the form of smallest particles to which scientists imagined in the form of a black hole. The nature in the smallest particle form is called Parvati and then the Supreme Power god is called Shiva. When we, or other souls and the Brahm souls (the most uplifted souls) pray the god (Parbrahma) that "O god, please make the world as you have made in previous kalpas(times) for us." The god perform penance and on the fixed time he leaves a Mahatatv (to which modern scientists say Buddhi) to nature which uses to be in complete darkness at that time. That mahatatv is just like Shiv Ling. It moves to dark nature particles and the nature (Parvati) starts to come to the Seen form just as we see in current times. When the world is created by the god we all starts working else all the souls sleeps in the lap of god in Catastrophe time.

Although Lord shiva is also the name of a Maharaja who used to reign in Himalayas and name of her wife was Parvati. He used to have Ganesh and Kartikey as two sons. But when Shiv Ling is considered, only first story is considered to be true. So we must think for a while that two persons are Shiva- Maharaja Lord Shiva of Treta time period and The Supreme Power Lord Shiva.

Congratulations and The Best wishes of Mahshivratri to All which is celebrated in the name of Supreme Power Lord Shiva. On this day The Sun was made by the God himself in the begining of this world Creation. This world Creation had been done before 1,97,29,49,120 years and the Shwetvaarah Kalp (Time period of 1000X43,20,000 years) is going on. The world is created by the god for one Kalp at a time.

While as Swadeshi Pracharak 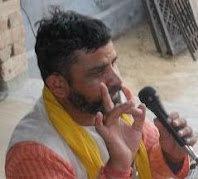 This blog is being written by me, 'Anubhav Sharma'. I started writing it to distribute my knowledge to others. The blog 'Facts of Hindu Mythology' is based on my own knowledge that I have gained by study since my childhood.

It is suggested to all of you, not to copy any part of this blog in any form. If you need to do so don't forget to mail me on my e-mail address please. 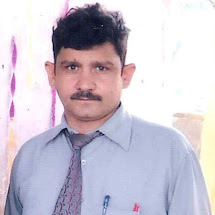 Myself With Recent Gurudev 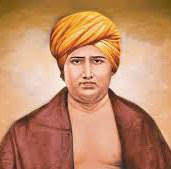 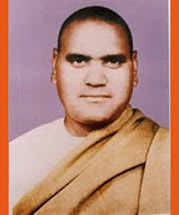 My Guru Dev (At Present)